We have neighbors who throw a BIG Halloween party every year that includes a costume contest.  While Handsome Husband is polite about it, he would really rather not become a completely different character.  Here are three simple and quick couples costumes that have worked for us in the past. 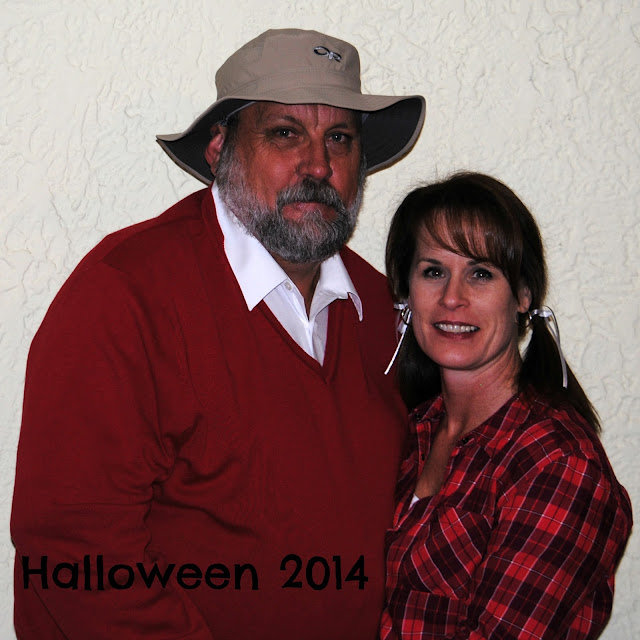 First up, we are TV's Gilligan and Mary Ann.

For him the costume is pretty much that fishing hat.  Even though I did a search, I could not find a Gilligan shirt in 3X Tall.  Go figure.  So he's wearing a red V neck sweater with a white collar shirt.  I wanted my shirt to be gingham, but this plaid one worked fine with my pig tails. 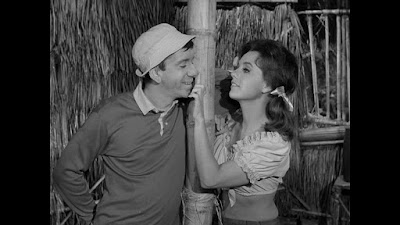 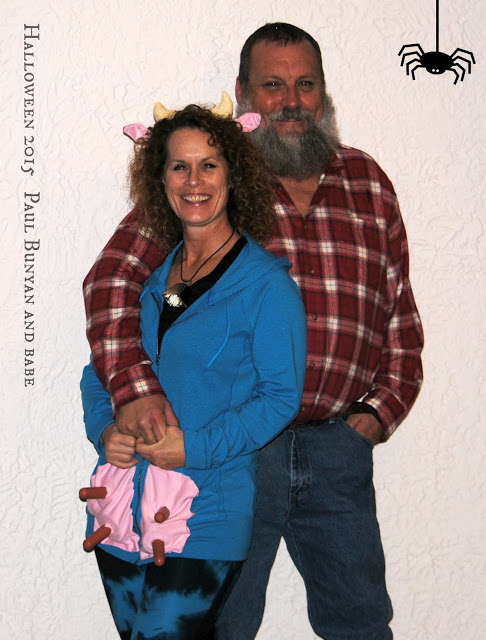 Here we are as Tall Tale heroes, Paul Bunyan and his Blue Ox, Babe.  For him, it's a red flannel shirt and for me a blue workout suit.  My udder was made with pink cotton fabric and four calf bottle nipples.  The fabric was just safety pinned to the pockets of my jacket, easily removed after the party.  I also picked up an inexpensive set of ears and tail from a local party store.  My necklace is a cowbell.  We were laughing so hard in this photo.  Handsome Husband was being horribly inappropriate.  ;-)  I married the Master of Misbehavior. 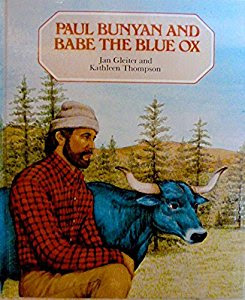 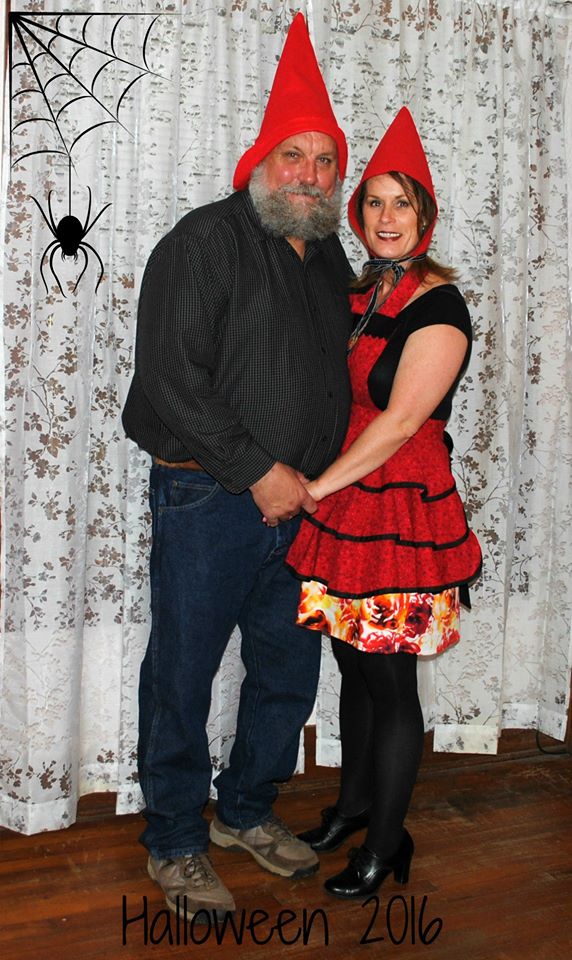 Last year we were Garden Gnomes.  It's really all about the hats!  They were pretty easy for me to sew.  Everything else was something we had on hand including my apron. 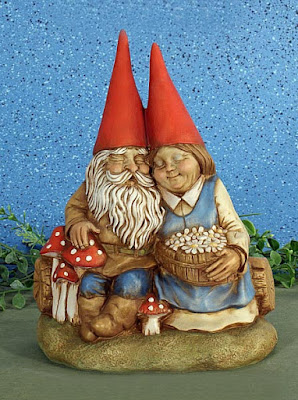 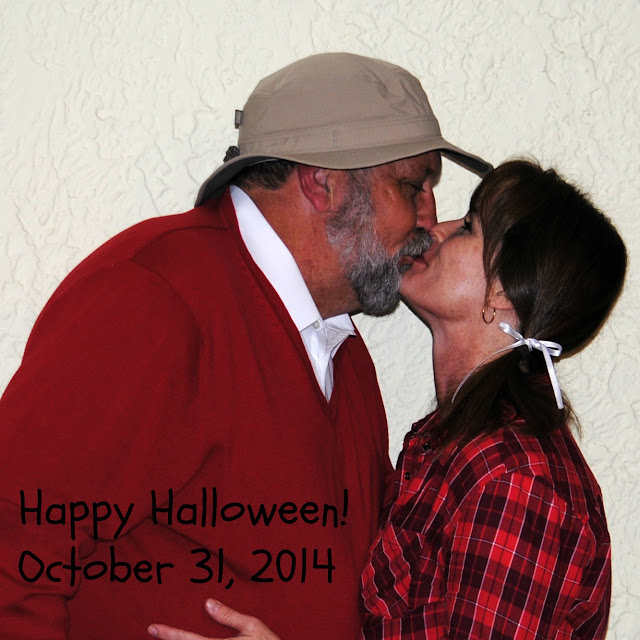 Costumes can be fun without being expensive!  I hope these have sparked your creativity!

'Any suggestions for this year?