When Handsome Husband told me he wanted to visit one of the largest steam shovels in the world, I thought he was kidding.  'Not interested at all, I politely went to this museum with him. 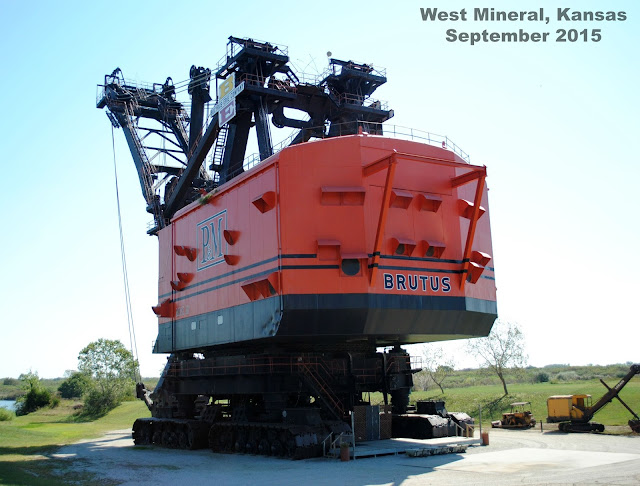 I am so glad I did!  This little museum was fascinating.  Well, OK.  Brutus isn't exactly "little" and I learned tons (pun intended) about the history of Southeast Kansas and its mining heritage.  Brutus is a restored steam shovel from the era when strip mining was prevalent.﻿ 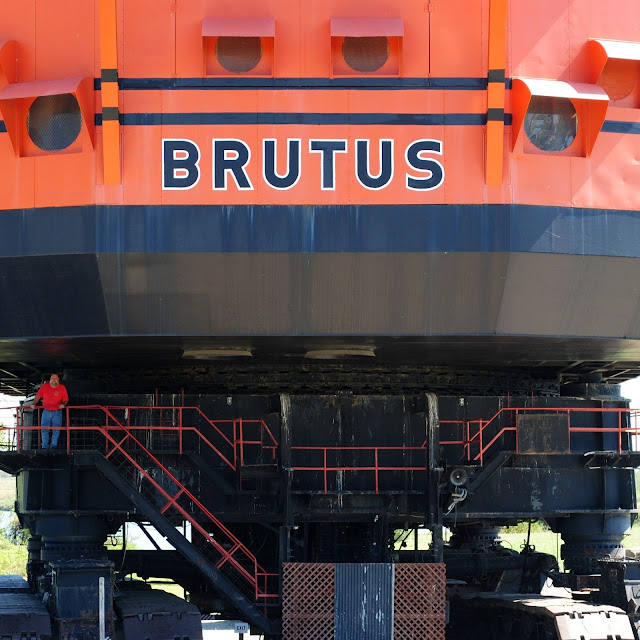 Just so you can understand the scale of this steam shovel, take a look at the photo.  See Handsome Husband on the left?  He is 6'3".﻿ 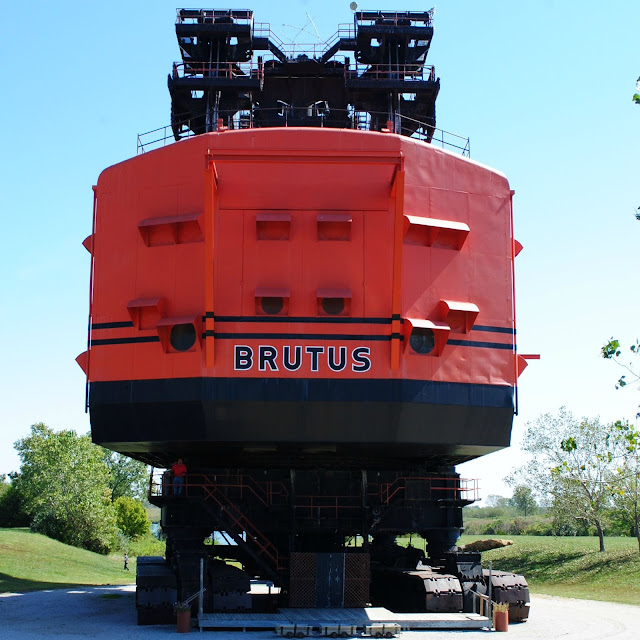 Now check out the same angle a little further back.  He's in this photo, too!  Can you see him?  He is still in the same spot.  I don't remember the stats, but Brutus is one big steam shovel! 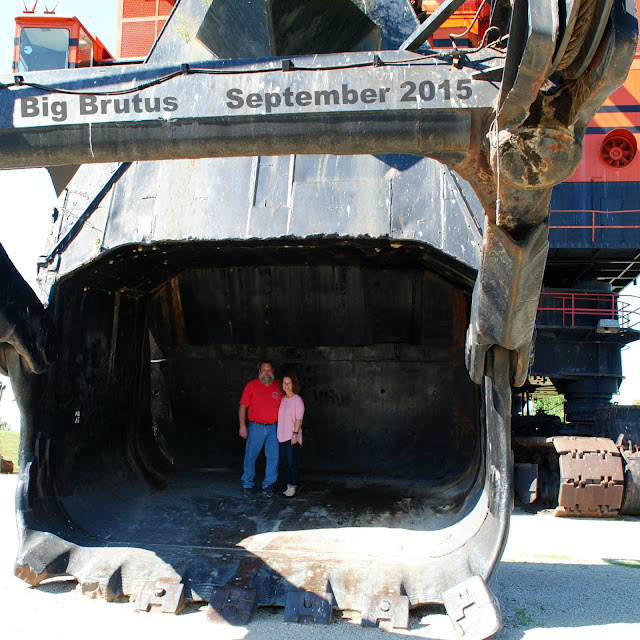 Here we are in the dipper.﻿ 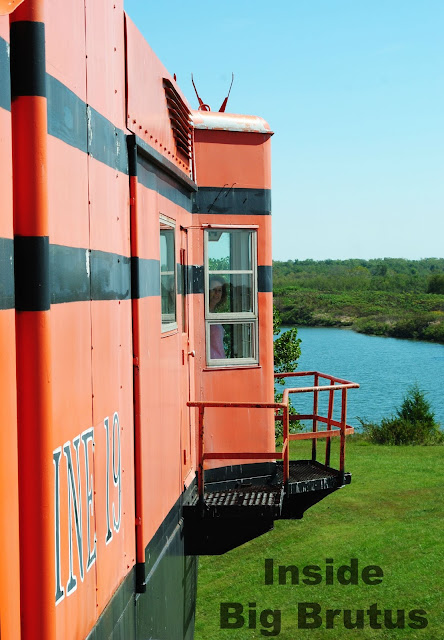 There were portions inside Brutus we could visit but other parts were blocked from entry. 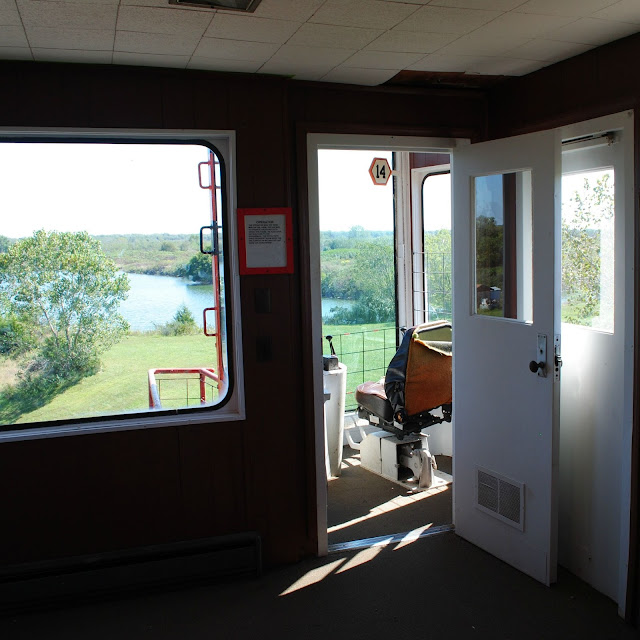 All the strip mined land has been reclaimed and is now habitat.  The view from the driver's seat was beautiful.﻿ 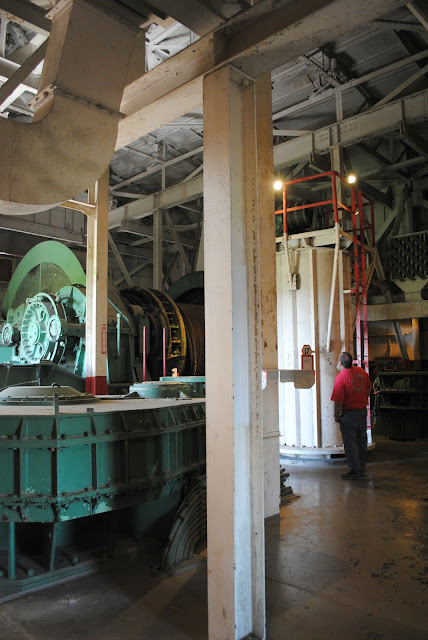 I don't know what to call this monstrous room, but it is about the size of a gymnasium. 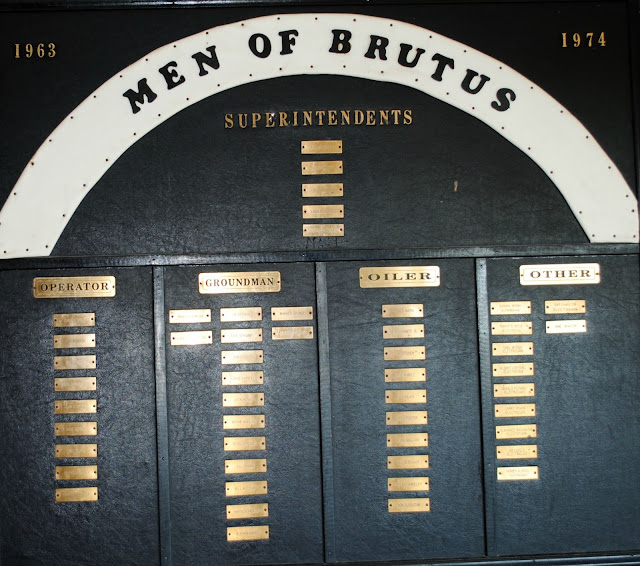 The museum featured lots of photos of the miners and their families.  This plaque was hanging inside Brutus. 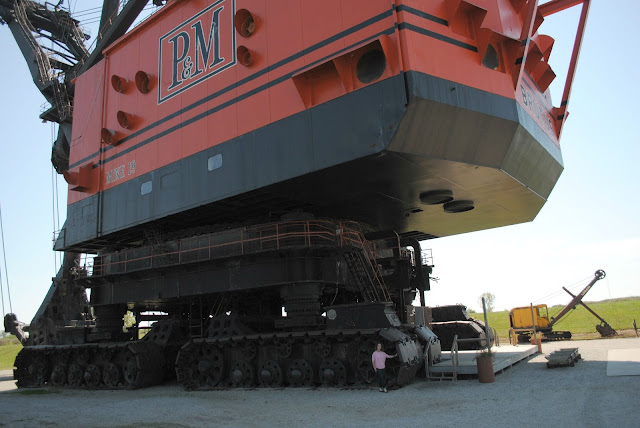 Can you see me inside the track?

﻿
Here is the museum's link:  http://www.bigbrutus.org/  If you are anywhere near Southeast Kansas, I recommend visiting Big Brutus.
Where have you been lately?
;-)  -Marci
Posted by Stone Cottage Adventures at 6:12 AM

Email ThisBlogThis!Share to TwitterShare to FacebookShare to Pinterest
Labels: vacation