We are getting a bumper crop of blackberries this year!  YUM!  I am having fun being creative with them.  They are definitely the star of this recipe. 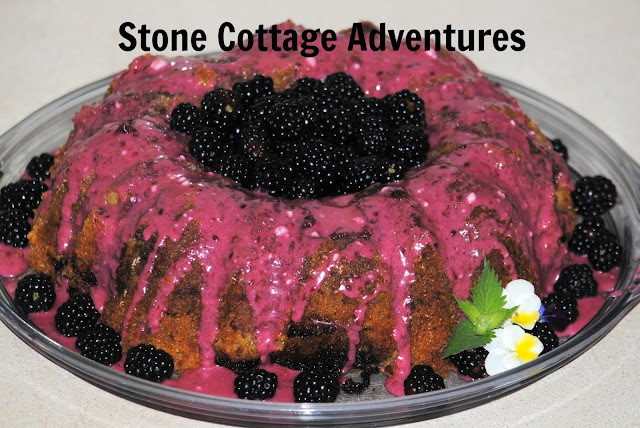 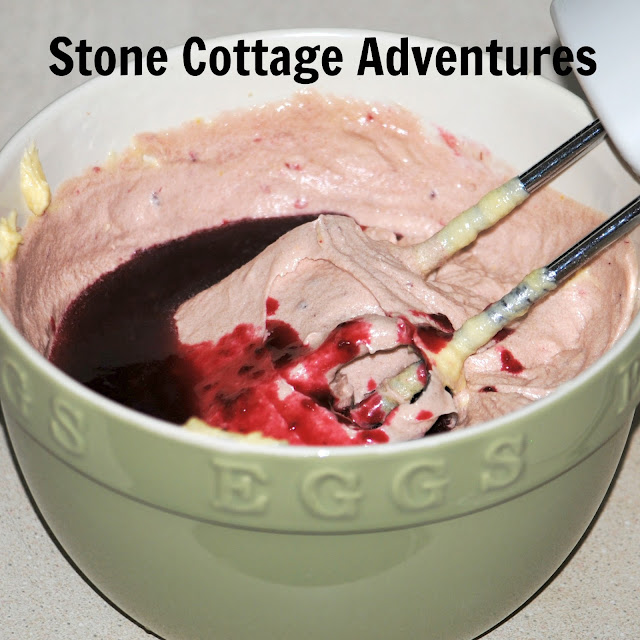 In my tube pan, I swirled the vanilla and blackberry batter along with a bit of the Blackberry Syrup.
The cake was baked in a 350 degree oven for 45 minutes.
Blackberry Glaze
1/2 Cup My Homemade Blackberry Syrup
1 Tablespoon Butter
2 Cups Powdered (confection) Sugar
1 Teaspoon Vanilla
Mix above ingredients together.  Mine was a  bit stiff, so I added milk in 1 Tablespoon increments until it was more of a glaze.  I added 2 tablespoons.

Drizzle over cake!  Isn't it a pretty color?!

Since we have so many blackberries this year, I filled the center and edges with fresh ones!  YUM!

This was our tea party treat along with Blackberry Lemonade! 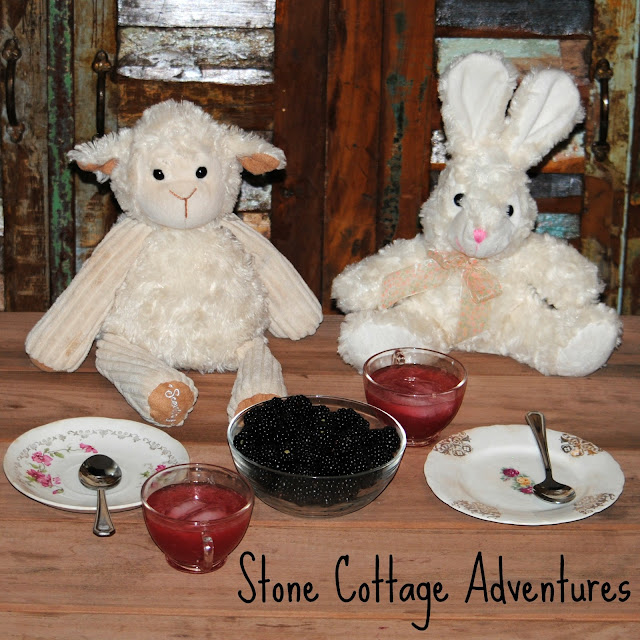 Do you have big plans for the weekend?